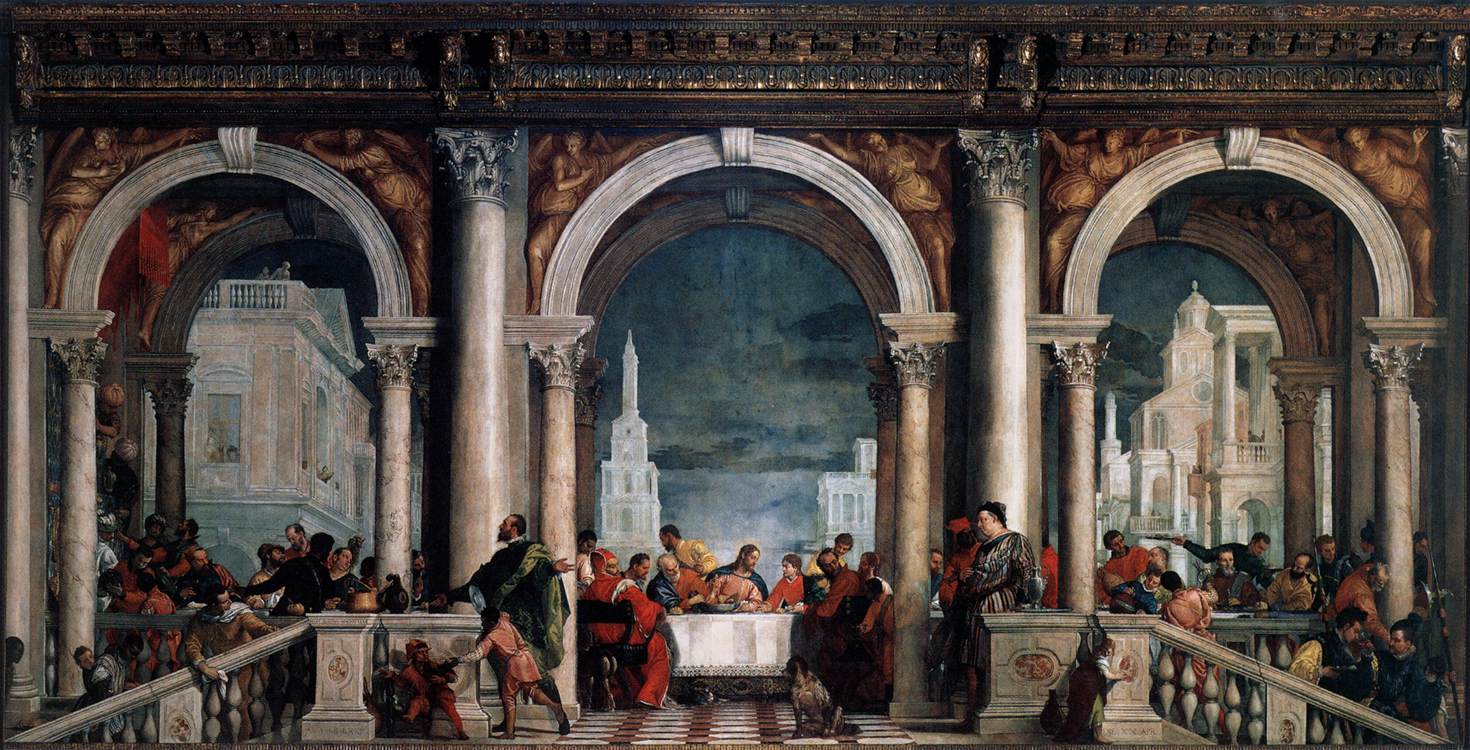 Back again in Venice, [Veronese] painted in 1573 for the convent of San Giovanni e Paolo his next great banqueting picture, the stately Cbrist in the House of Levi, now at the Academy in Venice. This great work was destined to put Paolo Veronese foul of the Inquisition, before which he was called to answer for irreverence, being charged with the serious indictment of heresy. . . .

" Does it, then, appear fit to you," sternly asked his judge, " that at our Lord's Supper you should paint buffoons, drunkards, Germans, dwarfs, and the like fooleries ? . . . Paolo bowed to the storm, meekly replied that he could not defend his conduct—that he had not considered all these things that were now so clearly put before him and calmly evaded all promise to change his ways. To his profound surprise, he was told that he was free, but that he must paint out the dog, paint the Magdalene in its place, and blot out the German soldiers, within three months' time.

Paolo Veronese, once outside the dread Inquisition, shrugged his shoulders, breathed a sigh of relief, and never touched the picture again. He got him back airily to his painting; and the only consequence of his dangerous adventure was a vast popularity and the increase of demand for his work. One astute thing, however, he did do—he straightway changed the name of the picture from The Last Supper to Feast in the House of Levi, craftily removing the need for the repentant Magdalene who had had no part in it, and removing any sense of irreverence from the more tragic and dramatic supper—at the same time proving how little he was concerned with the religious motive of his pictures, which were merely a peg upon which to hang a paean to the glory and splendour of Venice. 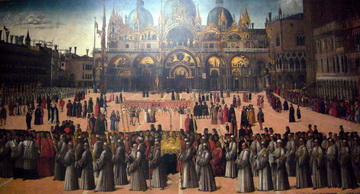 The museums of Venice are full of dejà-vu experiences – their walls contain the architectural panoramas you’ve just been looking at. The Piazza San Marco before you is as crowded as the one you left; only the costumes are different. At least, inside the museum the crowds are not as huge or as noisy. In fact, you’ll be no more jostled than in the Royal Academy or the National Gallery on an ordinary day, and in a lesser visited museum such as the Ca’ d’Oro, you may have much of it all to yourself. Go there in the morning, end with lunch at the nearby trattoria of the same name, and you will have spent a perfect half-day.