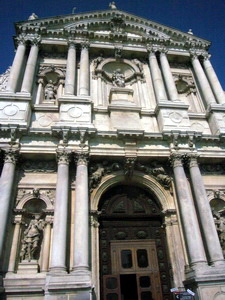 Venice is a city of contradictions, and so it’s not surprising that its most lavishly baroque church – described on one website as a Fabergé egg turned inside out – should have been built for the Barefoot Carmelites, a mendicant order that had renounced the ownership of property, both individually and collectively. A certain Count Gregorio Cavazza relieved them of their dilemma by financing this extraordinary flight of fancy. Completed in 1705, it has served ever since to remind them of the monumental extravagance they had so virtuously rejected.

I couldn’t resist making a slow camcorder pan around the interior from north to the chancel to south and also taking a few snaps of some of its extraordinary features, including the chancel, ceiling, organ, the Venier Chapel, and Bambini’s mural of St. Teresa being comprehensively protected from something or other by St. Joseph. I won’t attempt captions, but refer you to Museum Planet, one of the most remarkable websites I’ve ever encountered, where you will be taken on a pictorial tour of the church with more information than you would ever obtain from a guidebook. In fact this is only one subsection of an enormous Venice site which is the next best thing to hopping into a gondola and being paddled up the Grand Canal. 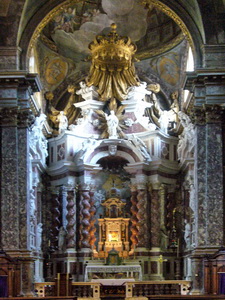 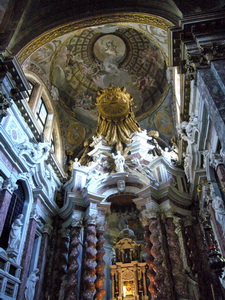 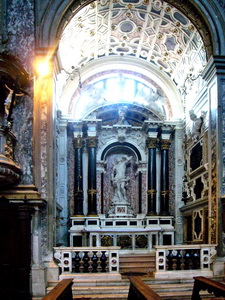 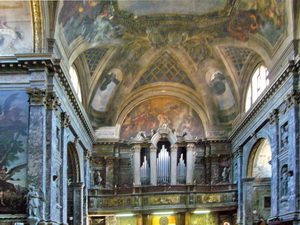 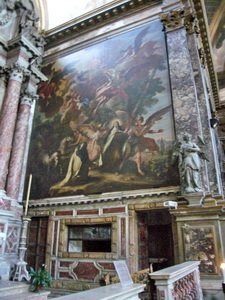 And as the video shows, even though this magnificent structure is next door to the railway station, you’ll virtually have it to yourself.