I shop, therefore I eat


The third area of London where we shop regularly is the rising middle class haven that Ronnie Barker called “Muzwell on the 'ill”. According to legend, it got its name from a mossy well, which has now been replaced by Moss Bros. (That’s an extended in-joke for eGullet Brits.) 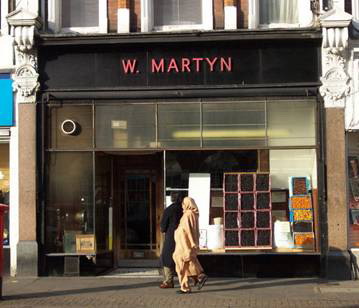 The commercial area of Muswell Hill is rapidly being invaded by trendy delis, but some good old-fashioned shops survive. Foremost among them is W Martyn, a “dry goods” grocery store that started in 1897. The exterior looks as if it were remodelled sometime in the art deco area, but certainly not later. Their usually splendid window was today in the midst of redecoration. 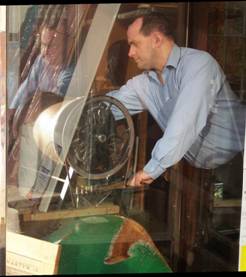 Modern coffee shops often employ artificial scent dispensers to draw in customers, but Martyn’s has an ancient coffee roaster in the window, still sending its heavenly aroma out into the street. That’s William, the present generation of the Martyn family, loading it up: 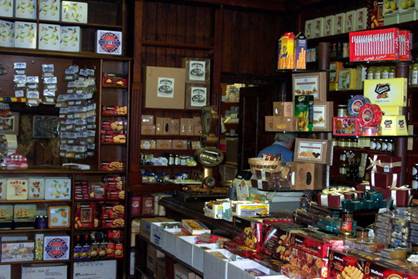 Once inside, every architectural detail is from a long-gone era. This is where Mary comes for the Marriage organic stone-ground flour from which she makes our bread, and also for most of the dried fruits and nuts that go into her cakes and Christmas puddings. 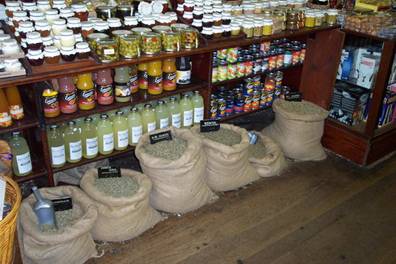 The raw coffee beans are on the floor, conveniently close to the roaster… 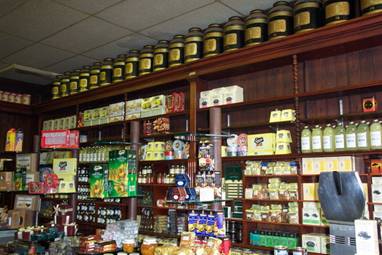 …and overhead are the storage tins for the tea. Yes, it’s all real – I took these photos this afternoon. 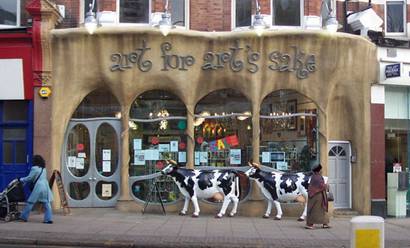 Some of Muswell Hill's ancient history is modern. Just along the street from Martyn’s is a brand new Gaudi shop front. It’s such a departure from the MacDonalds/Boots/W.H. Smith norm that the local council has ordered that it be destroyed and replaced by a plastic obscenity. Thousands have signed a petition in favor of its preservation, and the owners are fighting for their lives. 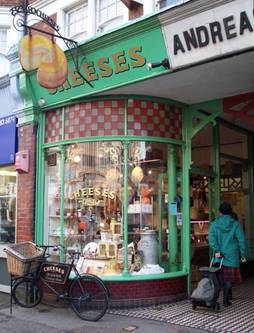 Tonight’s and tomorrow’s dinner demanded a bit of the dairy hard stuff, so Mary and I went to the unambiguously named Cheeses. It occupies one of a row of Edwardian shop fronts that have miraculously escaped the plague of modernization. 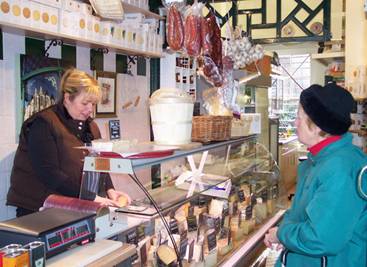 A quarter of parmesan and six ounces of two-year-old gouda. It cost about a fiver and half an hour's conversation.