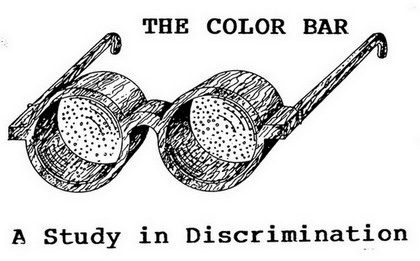 There was once a country where rose-colored glasses became fashionable. Everybody who was anybody wore them. After a while the visual world became boring but no one would admit it. Instead, artifical colors were gradually shifted in hue so as to compensate for the all-pervading pinkness. Those few malcontents who had resisted found that, in order to see the new colors correctly, they had to abandon their eccentricity.

This had an unfortunate effect on art imported from abroad. “It’s boring,” said the critics in unison. “It’s too pink.” But one day an optical engineer had an ingenious idea. “Cover the foreign paintings with green filters,” he said, “so that our rose-colored lenses will restore them to their proper hues.”

“Brilliant!” cried the critics. “If only those foreign painters would wear the proper glasses in the first place, such corrective measures would be unnecessary.”

And they all lived rosily ever after.

A few years ago in London I was asked to record two new works for chamber ensemble which were to be released simultaneously in Europe and America on different labels. The conductor, the producer and I were very enthusiastic about the results we had already acheived with an English microphone, the Calrec Soundfield, which is able to synthesize any configuration of coincident pairs from a tetrahedral array of four capsules. What this means, without persuing its mode of operation through miles of mathematical formulae, is this:

Music performed in a real space by real musicians can be captured on tape from a single perspective, so that the listener “sees” not only a lateral spread between two speakers, but also depth relationships from front to rear, surrounded by a hall of imaginable size and resonance. All this information is sorted out by the brain’s innate and learned ability to perceive and relate complex patterns of direct and reflected sound without conscious analysis. In other words, you always know what kind of space you’re in, even with your eyes shut. (A good recording engineer can hear almost as well as the blind.)

And so we proceeded in our usual way: select the space, put the musicians in the best area, and place the microphone in the optimal spot for overall balance and perspective. From then on, detailed balance was the job of the conducter and performers, as in any live concert.

The result was what we expected. Within the inherent limitations of two-speaker monitoring, the listener was “there”, in a real ambience, with detail crystal-clear because it could be located as well as heard; the overtones (partials, harmonics) of each instrument came from the same point in space as the fundamental, so that one did not hear the coloration of one instrument as coming from another. This requires a microphone of extraordinary phase coherence, and the Soundfield is several orders of magnitude ahead of its competitors.

The digital master went off to Teldec in Germany for LP transfer and back came the anticipated result, a transparent communication of the original with no compression or “creative” equalization. So far so good.

But in the meantime objections had begun to filter through from New York: not enough “presence”, not enough “highs”, too much ambiance. Valiantly their engineers set about to correct our errors and soon their pressing arrived for audition.

They had succeeded. A coincident-pair recording had been miraculously transformed into a typical multi-mic job. “Highs” were there in abundance; the full rich voice of the soloist had become a heldentenor, able to cut through a Wagnerian orchestra. The ample church in which we recorded had been shrunk to a chapel. And all at the expense of the rich mix of lower-middle frequencies which had given size, shape and weight to the ensemble.

The explanation, I believe, can be extrapolated from certain facts about the American recording industry. In the first place, even classical music tends to be recorded in studios, at least for the big labels. The trouble and expense of location recording is considerable, and at American rates you can hear the cash register chattering every time a take is interrupted by a passing jet. Unfortunately, studios are supported by the pop industry and must have a suitable acoustic, which usually means no acoustic at all.

Another factor is the prevalence of spaced omnidirectional microphones instead of coincident directional pairs. Played back over a couple of rear-firing, rocket-propelled domestic speakers, this gives you a warm Jacuzzi bath of pseudoambisonics, minus the spacial precision. If it feels good who cares where it’s coming from?

Then there is the looming presence of all that expensive multitrack equipment, so necessary for pop production. Accountants never like to see hardware standing idle. And think of all the money you can save at an orchestral session by not worrying about balance: let the engineers take care of that later. (Anyway, the conducter out there in the hall can’t hear what it really sounds like in the control room.)

But most important is good old-fashioned American salesmanship. A recording should sell itself, hard, to the company executives and to the general public. What that means in practice is sounding terrific on the music director’s hi-fi and then on millions of ghetto-blasters, large and small. Tympani must crack the plaster, a cymbal crash must shave you closer than a Remington. We’ve come a long way since Mercury was recording symphony orchestras with a single mono mic!

All this has penetrated the English scene, but not to the exclusion of natural sound. There are many respected devotees of the coincident pair (an English invention) and British-made loud-speakers still set world standards for modest unobtrusive realism. (I’ve already mentioned the Calrec Soundfield microphone.)

And even in America there is hope. Several annual tours have taken me all over the country with Electric Phoenix, a contemporary classical vocal quartet with live electronics. We are regularly recorded for local public radio broadcast and the engineers, young and recently trained, all use coincident pairs as a matter of course. Hang in there, Grand-dad—sooner or later the kids will catch up with you!

Finally, without changing the subject, a word about the compact disc. I long resisted buying a player, not wanting to start a whole new record collection. But during an earlier American concert tour curiosity and plummeting prices finally got to me and I invested a modest sum in a Sony Discman and a handful of promising CD’s. My first reaction on headphones was positive; it was pleasant to hear something very like what I was accustomed to from digital tape.

But when I returned home and plugged the player into my studio system I was disappointed. Strings sounded edgy, voices made me squirm. After an hour’s listening I was exhausted. Maybe the old fogies were right!

And then (as the commercials say) I tried the Hi-Fi News Test Disc with its wide-ranging selection of recordings. Suddenly at least some of the music sounded like music. Admittedly the hard-working little player couldn’t quite cope with some of the test tracks but the music was clear, transparent, rich, unexaggerated. Any imperfections were no more obtrusive than the differences between one first-class speaker and another. (No analog recorder, let alone black disc, can even register a passable test tone—see below.)

I realized finally that what I had been objecting to were the time-honoured techniques and super-present microphones that recording engineers have been using for years to anticipate the analog obstacle course—all the cutting heads, stampers and styli the music must get through before we can listen. It was like the exaggerated diction of old-time war correspondents, making themselves intelligible through the atmospherics and the falling bombs. It served its purpose, but face-to-face in a quiet room the effect would have been comic.

I’ve begun and ended with a metaphor. The moral, as technology improves, is brief: We don’t have to shout!

As one who has spent forty years as a classical recording engineer, I have come to the conclusion that the superiority of analog over digital is in the mystical area of religious faith: “I believe,” said Tertullian, “because it is absurd.” What analog has that the best of digital does not have is distortion; i.e., the subtraction of some frequencies and the addition of extra noises and spurious harmonics which are not a part of the original sound. If you happen to prefer the flavor of gone-off meat or the sight of photographs taken through dirty lenses, you have a right to do so. But to declare them superior is to elevate personal taste to universal truth.

My own response when CDs came along was to listen to my masters against the commercial end products and think, “At last!” Analog rules! Is not an argument; it is merely an assertion of dogma.

Years ago – when analog did rule, by default – I had a friend who was generally acknowledged to be the best classical disk cutter in London. He frequently had to listen to test pressings in unfamiliar monitoring situations, and so he conceived the ingenious plan of cutting for himself an alignment disk consisting of a useful range of frequencies from 100Hz to 10kHz – nothing particularly demanding, and at a low enough modulation so as not to overtax the medium. He also avoided the inner grooves, where distortion goes up by geometric progression.

After spending a day working with state-of-the-art disk cutting and playback equipment, he came to the sad conclusion that it was so inaccurate and uncontrollable that he couldn’t produce a useful end product. And so for line-up purposes he went back to tape. The lesson he learned about LPs, he told me, was, “Don’t listen too critically – just relax and hear what you want to hear.”