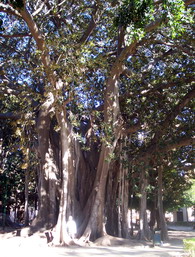 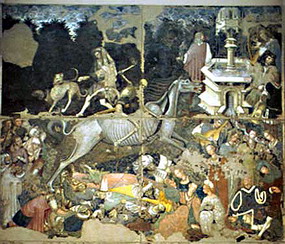 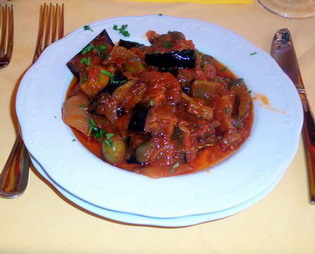 For my seconda I ordered lo stinco de maiale (pork shin bone), a dish I had happily experienced twice in a Turin Slow Food Snail-awarded hosteria. Properly cooked, it is not unlike a German Schweineshaxe, slowly brazed to falling-off-the-bone succulance. This time—as with most of the meat I would experience in Sicily—it was so barely cooked that it would have been useless even to grasp it in both hands and attack it with my teeth. Perhaps the Beati Pauli added the remnants to their midnight stew.