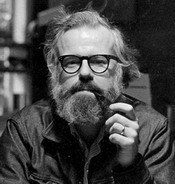 On smoking a pipe

Even in London, I don't see more than a couple of pipe smokers a year. Back when it was my constant pastime, I still didn't have a lot of company. I started when I was fourteen in emulation of my brother in law, who had become my role model. He was a tweedy chap from an English family that had emigrated to Rhode Island. He was a draftsman, and so I emulated his print-style handwriting as well as his puffing and his apparel.

Over the years I gradually smoked more and more until I was chain-smoking an ounce a day, a substantial amount of pipe tobacco to get through—I've never met anyone who claimed or admitted to more. I was traveling a lot, so I could get my Dunhill 965 duty free; in Britain it would have cost me a fortune.

Mary nobly put up with it. I finally realized what she must be going through when a guest commented, "What a clever idea—painting the ceiling the same color as the walls!" Our living room had started a couple of years before with brown walls and a white ceiling.

I had a fine collection of pipes, including a splendid Dunhill quarter-bent yachtsman that had been bought for me by Charles Laughton. I would carry a half-dozen around with me so that the one at the end of the cycle was always cool. It was a fixed habit, but not a physical addiction—most pipe smokers don't inhale, except the smoke that lingers about them in the room. Whenever I had a cold it tasted terrible, and so I would give it up until my nasal passages returned to normal.

Ten years ago I had a cold that hung on for well over a month. At last the moment came when I felt ready again for a pipe. I tamped it slowly, lit it carefully all over the surface and took my first draft. It tasted absolutely terrible. I had a sudden flash of enlightenment—why was I about to break myself in yet again to an intrinsically unpleasant habit? I emptied the pipe and never lit another. I kept all my pipes and my remaining cans of tobacco so as not to force myself back into the habit by reacting against my forced deprivation. I have them still, packed away in the attic, and hadn't even thought about them for ages until I read an article about pipe smoking in a newspaper.

Virtue has had its rewards. Over the first few weeks after I quit, I gradually realized that my food was tasting more interesting and that the world was full of fascinating smells. It was a fair trade-off. I smugly passed the seven-year mark, after which it was unlikely that the fatal side-effects of a lifetime would catch up with me. (Smoking and inhaling cigarettes is generally considered to be more dangerous than a pipe, but the cloud of smoke with which I constantly surrounded myself must have been equally injurious.)

I still have several boxes of cigars and smoke one whenever I feel like it. This happens perhaps every couple of months. My wife loves the smell of a good cigar. Everybody's happy.